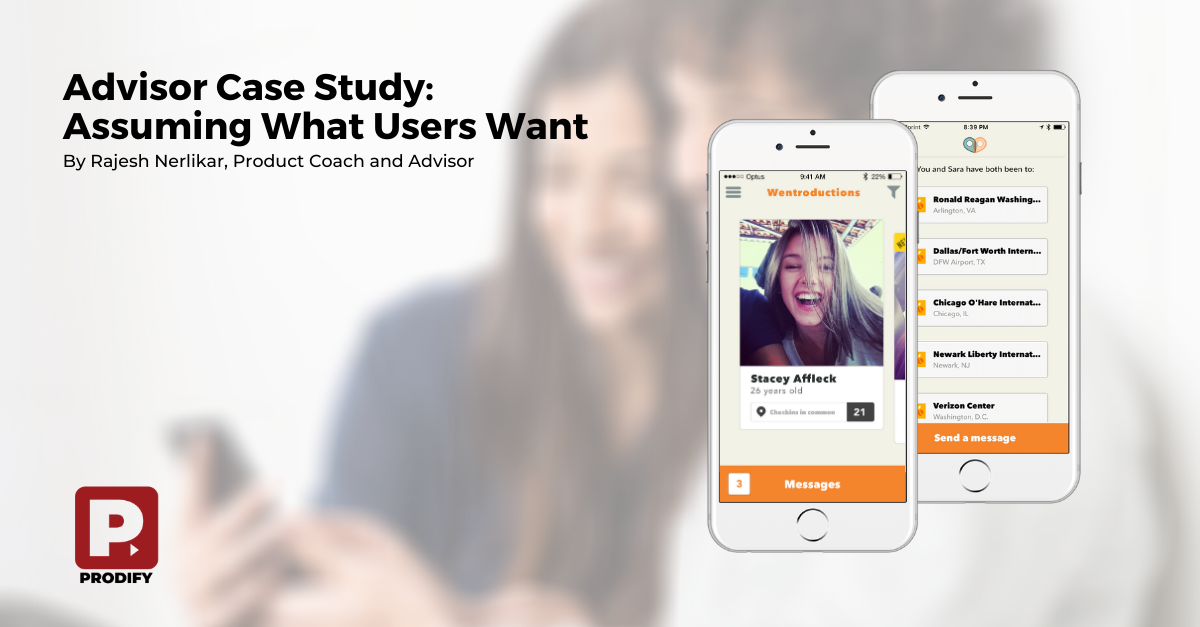 Spring 2014 was an exciting time for me. Not only was our first son due, but I also saw two exits from the startups I worked for. Opower went public in April, and HelloWallet was acquired by a strategic investor, Morningstar, in May. Nervous about working for a “big” enterprise like Morningstar, I immediately decided to launch a dating app my buddy and I had been talking about for years. The idea was simple: matching people based on the actual places they go, because people are more likely to be interested in someone who goes to the same bars, restaurants, parks, museums, and ball parks. Location-based check-ins on Facebook and Foursquare (Swarm) were rising, so we pulled data from those platforms. I called the app Wentroductions, and to this day, I cringe at the awkward name choice.

While deciding on the scope of the MVP (minimum viable product), I used dating app feedback from my friends and my own experiences, but I didn’t conduct enough customer discovery to validate our experiences or to understand why someone would use our product over more popular apps like Tinder. Instead, I spent my nights and weekends writing user stories and putting together wireframes so my cousin’s software development firm in India could build the MVP. My buddy and I formed a company and put in our own money (I decided to “let it ride” with my two recent exit earnings). About five months later, the app was nearly ready, and I started running Twitter ads to get users.

And then I realized my mistake. We had ten to twelve users in the first two weeks, but dating apps don’t succeed if they can’t match you with someone soon after you sign up. So I asked friends and family to join because I didn’t want to use the common “seed and weed” strategy of creating fake profiles and then removing them when enough users sign up.

I probably don’t have to tell you how this ended. Wentroductions never took off with users, and while the app looked and worked great, the product failed as I sat in my ivory tower. It had been years since I’d last used a dating app, yet I still thought I knew what users wanted. To this day, my best piece of advice to anyone who thinks a new product should exist in the world is to build a simple landing page and create an email waitlist based on a few simple feature descriptions to learn what resonates with real customers.

Rajesh is a co-founder of Prodify and Principal Product Advisor / Coach. Prior to that, he was the Director of Workplace Products at Morningstar, a Senior PM at HelloWallet (which was acquired by Morningstar) and a PM at Opower (which went public in 2014).